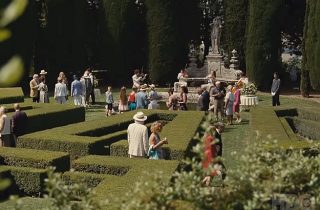 Have you watched Succession yet? The HBO series about the powerful but dysfunctional Roy family has kept many of us up late.

Season 3 has just been released and part of it was filmed in Italy last summer.

If you stayed at la Foce or visited our favourite garden in Tuscany, you’ll have extra fun watching the Succession Chiantishire episode. Insider Information: the team stayed three weeks at La Foce which resulted in 20 minutes in the show!

Readers familiar with our Excellence.Villas catalogue will recognize the scenes filmed on lake Como at Villa Rosa.

It’s just the perfect show to put on your holiday watchlist.

Buone feste and see you in the New Year. 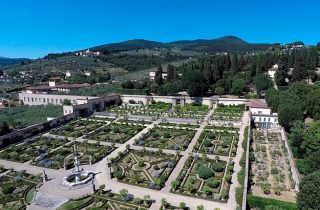 Look what I’ve just found! A website about the 14 UNESCO heritage Medici villas and gardens in northern Tuscany. In the past, I visited many of them, but finding these properties required quite a bit of detective work. Thanks to the new Medici villas website, planning a visit has become much easier.

END_OF_DOCUMENT_TOKEN_TO_BE_REPLACED 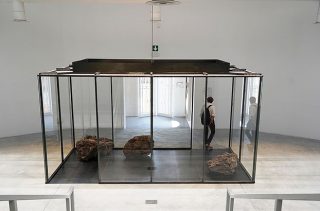 A DAY AT THE 17th VENICE ARCHITECTURE BIENNALE

The inspiring 2021 Venice Architecture Biennale explores the most crucial question: “How will we live together?”

END_OF_DOCUMENT_TOKEN_TO_BE_REPLACED 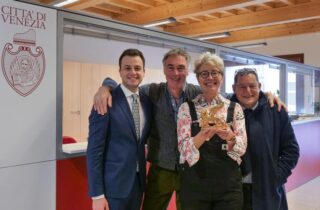 I feel we could all use some good news from the bel paese….
I have always been an ardent admirer of British actress Emma Thompson. In addition to her great performing skills, this witty and urbane woman has never been afraid to speak up and use her influence to support a good cause. And now I have new grounds for being fond of her: a few weeks ago, Emma and her husband, actor Greg Wise, have taken up residence in the Serenissima, a dream they had been entertaining for a long time.

END_OF_DOCUMENT_TOKEN_TO_BE_REPLACED 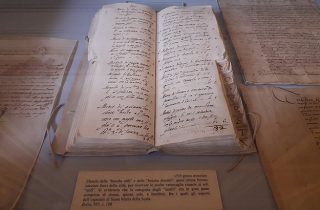 ONE OF SIENA’S HIDDEN TREASURES

On October 5 of the year 1554, more than 250 orphans were bluntly expelled from the Republic of Siena. The city had been under siege for 9 months and its government decreed that the best way forward to hold out against the enemy was to get rid of its bocche disutili, its “useless mouths”. And during the following months, another 4000 citizens, mostly children, unmarried women and elderly souls, were sent packing by the same token.

END_OF_DOCUMENT_TOKEN_TO_BE_REPLACED 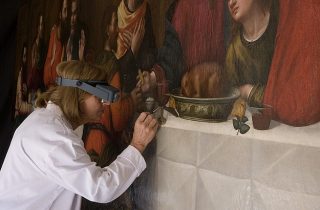 Last month, my daughter returned from school one day with an elated heart: “Mummy, I have to write a theme about some artists! Female artists!”

I responded with a big smile and asked my daughter whether she had anybody in mind already. She said she absolutely wanted to talk about Frida Kahlo and Georgia O’Keefe, whose works were, to some extent, familiar to her. Then she pressed me for suggestions.

END_OF_DOCUMENT_TOKEN_TO_BE_REPLACED 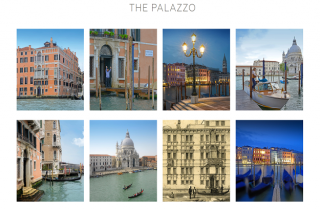 INVITATION TO A VENETIAN OPENING

How did you celebrate, dear readers, your leap into the New Year?… I sincerely hope you had a smooth and joyful transition, and that 2020 is holding lovely surprises in store for you.

END_OF_DOCUMENT_TOKEN_TO_BE_REPLACED 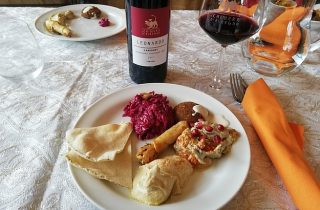 YUMMY HUMMUS IN THE MAREMMA

What do Syria and Tuscany have in common? Well, probably several things, but for sure a passion for great food! A few weeks ago, I partook in a Tuscan-Syrian lunch at the Chimera d’Albegna, a small winery founded by a Florentine family and located a few cables’ length away from the Marsiliana estate, one of our long-established holiday rentals in the Maremma.

END_OF_DOCUMENT_TOKEN_TO_BE_REPLACED 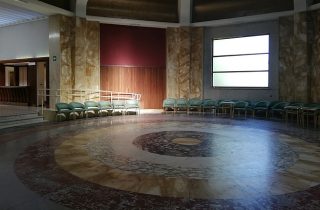 WHEN IN ITALY, LEAVE NO SITE UNTURNED

This happens to all of us: time and time again you pass by a place without ever paying much attention to it, and then one day, God knows why, you finally decide to stop and have a close look at what you’ve been disregarding for so many years.

One morning, last July, my instinct made me deflect from my usual route and call in at the Tuscan town of Chianciano Terme – which you may have heard of if you’ve ever stayed at our nearby Trust & Travel La Foce estate. Chianciano Terme had its heydays in the 50s and 60s, and the spa vacations he spent there inspired Federico Fellini with several scenes of his 1963 feature film 8½.

END_OF_DOCUMENT_TOKEN_TO_BE_REPLACED

A MUSEUM ON HIGH HEELS

If the shoe fits, wear it… Well, I will gladly sport any Italian quality shoe that fits me! – did I ever tell you that I’m a bit of a footwear appassionata too?

Italy’s first shoemaking factory opened its doors at the end of the 19th century in Stra, a small town located on the east bank of the Brenta River about halfway between Venice and Padua. And during the following decades, the “Made in Italy along the Brenta” stamp became synonymous with high quality shoes.