The Enchanting Lake of Burano

Things to do, Tuscany 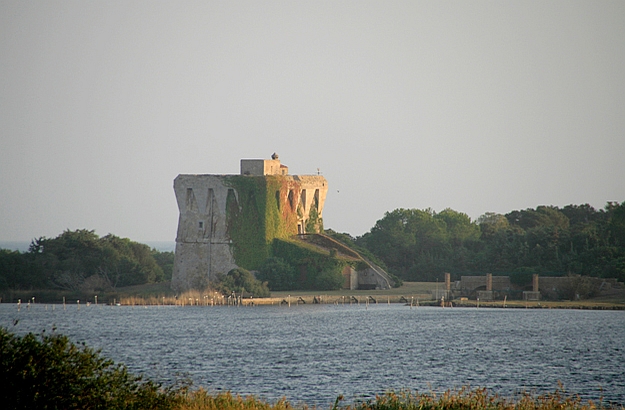 Being in the Garden of Eden… This is how I felt the first time I came here years ago, and this how I feel again today. A warm, bright, soothing day in the heart of the Maremma. A soft breeze blowing down from the hills. Seagulls dallying with the waves. Jurassic-looking turtles basking in the sun. Intoxicating scents and vapors floating in the air… Paradise!

A few travel guides actually refer to the Lago di Burano, the Lake of Burano, as a natural “Disneyland”. There is nothing synthetic or artificial about it, that’s for sure. No machines, no tricks, no disguises. All the fabulous plants, creatures and elements you come upon here are real.

Located near the trendy hilltop village of Capalbio in southern Tuscany, the Lake of Burano was established in 1980 as Italy’s first World Wildlife Fund reserve. It is Tuscany’s best preserved piece of coastline, left entirely in its original natural state and spreading mainly as a salt marsh over more than 230 hectares.

Its main “attraction”, if I can say so, is the lake itself, covering some 140 hectares and separated from the Mediterranean sea by a long ribbon of sand dunes. I have always been fascinated by these dunes, which also happen to stretch along the estate of Fontanile, featured in our Trust&Travel catalogue. I love to walk along them, especially at sunset.

The scrub and bushes that grow on the dunes are inhabited by an industrious population of porcupines, badgers, wild rabbits, polecats and hedgehogs – some of them always willing to engage you in conversation for a few seconds…

Usually calm and crystal blue, the waters of the lake are home to a great many life forms. Its shores too for that matter. Winged and feathered creatures are particularly well represented: falcons, flamingos, tufted ducks, cormorants, marsh harriers, crested cuckoos, icterine warblers and the dramatic looking ospreys (or “sea hawks”).

The lake and its surroundings are also host to salamanders, yellow-bellied toads and other uncanny beasts. Many animals hide in the myrtle and juniper bushes that flourish nearby. Hikers will be happy to know that they might run into vipers, large lizards, wild boars and Aesculapian snakes!

The local flora is also of great interest. The wild bushes of juniper, for instance, are a particularly rare species, according to experts. One of my favourite is the cistus, also known as rock-roses. When in springtime they come into blossom, their flowers look like unfurled Chinese paper folds.

Aside from the visitors’ centre, several lookout towers and observation huts have been built in the reserve for wildlife watching and bird spotting. There are also many trails and tracks, a few of them leading to the sea through some of the most beautiful terrain in Tuscany.

Speaking of towers, the most imposing edifice of the Lago di Burano is the Torre di Buranaccio, a squat solid tower built in the 16th century as a defensive structure at the border of the Papal States and the Duchy of Tuscany.

To maintain the fragile ecosystem of the park in as pristine a state as possible, access to the Lago di Burano is permitted only by reservation and within guided visits. You will find all the information you need right here: WWF Web site. You can also call this number: +39 0564/898829, or send an email to lagodiburano@wwf.it