Overview of the Tombolino Bolgheri

The Tombolino estate is the summer residence of a well known Florentine aristocratic family. This marvellous stretch of land which runs along the famous Maremma coastline lies 1 hour south of Pisa very close to the famous village of Bolgheri which The New York Times ranked 11th out of 44 places to go in 2009.

This is what the New York Times wrote: „Four words: George Clooney was here. The Italian coast of Maremma, a raw landscape of pebbled beaches in southern Tuscany, has, for some years, been the summer playground of Italian and English aristocrats. But now the beau monde is all abuzz about Mr. Clooney’s visit; he rented the 16th-century Montepergoli villa in the village of Bolgheri. And Bulgari is reportedly looking at the coastline for a resort. A clubby waterfront bar in San Vincenzo, or the two Michelin-star restaurant next door, Gambero Rosso, which the estimable food critic of Le Figaro, François Simon, once called his favorite restaurant in the world.“

The estate is made up of the main Villa, a separate apartment in the Villa, and two small houses, with their own private garden.

The villa and the houses have their own access to the beach which is reached by a path leading through e beautiful pineta (umbrella pine-tree wood). Guests are given their private key to the beach. 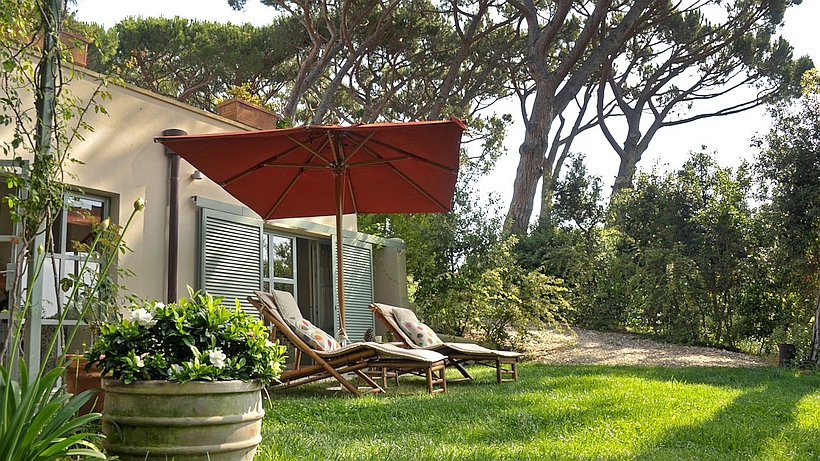 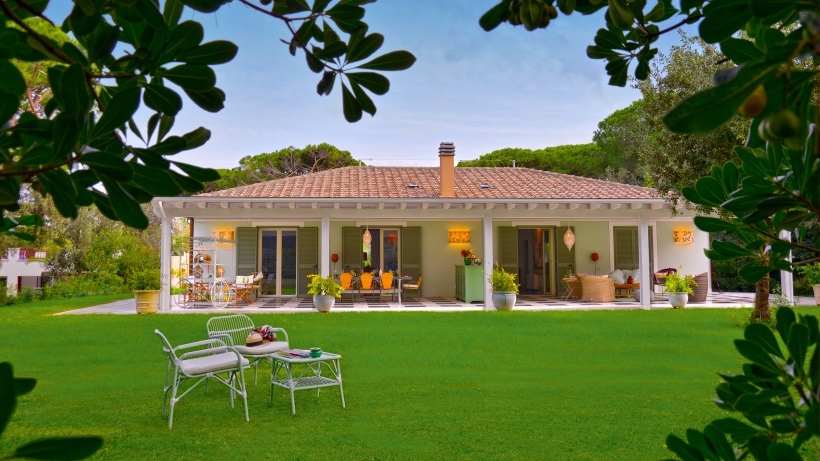 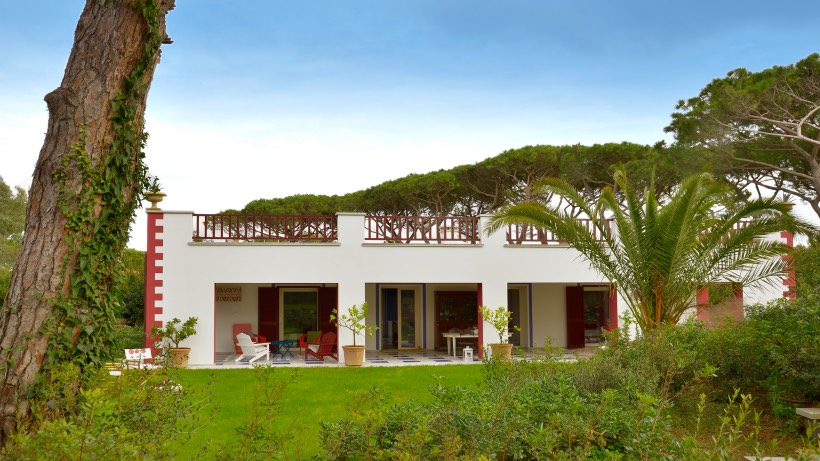 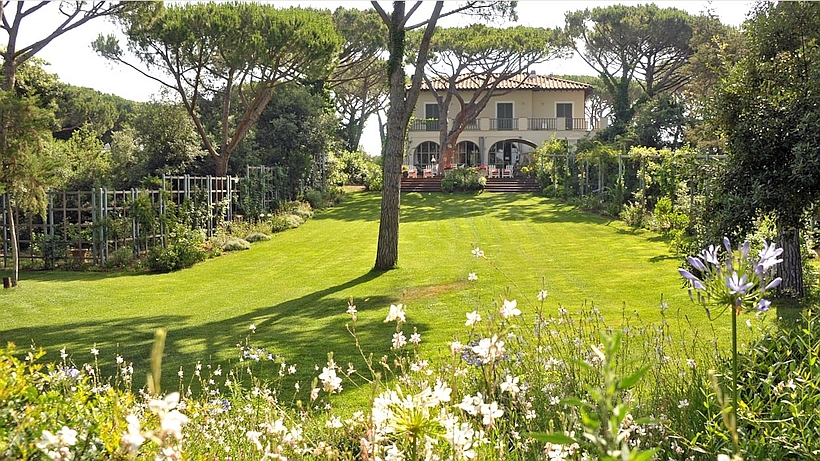 Unspoilt beaches fringed with dunes are backed by hillsides covered in Mediterranean scrub and olive groves, crested by charming hill-top villages. The reclaimed flatlands where cattle used to roam herded by the local cowboys have today largely been given over to well-husbanded vineyards yielding some of the most prestigious vintages in Italy (Sassicaia, Ornellaia).