East or West? All at Sea in the Discussion…

Things to do, Tuscany 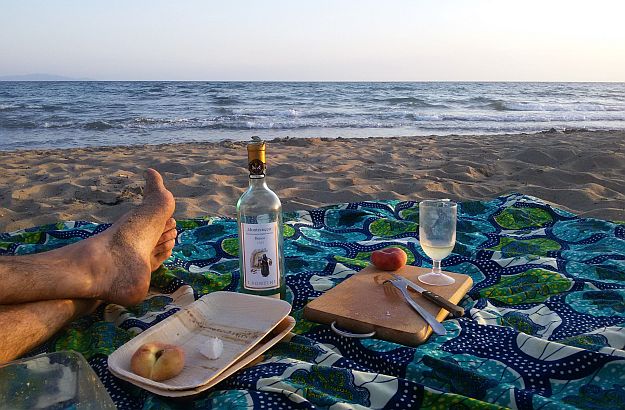 I was recently having a drink with a group of Italian friends, in the Maremma. We were talking about seaside holidays when, at one point, our lovely Simonetta asked us:

“Which would you say are the most beautiful sea fronts and sea views of mainland Italy?
– Oh, the sixty-four thousand dollar question!” some of us replied.
And our expansive Giancarlo went one better:
“Do you know how much coastline Italy has in all, including the islands?”

Believe it or not, I happened to know the answer to the latter: 7,600 kilometers. I had read it in a magazine a couple of days earlier.

So we now had to vote for what was, out of those thousands of kilometers, our favourite seashore segment. We agreed that Sardinia and the tiny islands around Sicily would have been our big winners had we not decided, right from the start, for the sake of our friendly debate, to stick to the mainland beaches.

Our group soon split up into two fractions: the supporters of the Adriatic littoral against the advocates of the Tyrrhenian seaboard. By the way, before we go any further, do you know which one lies west of the Italian peninsula, and which one stretches out to the east?…

Proponents of the Adriatic side – the one facing the Levant, right? – sustained that the seafood was noticeably better there, and that the break of day was a bewitching spectacle for early birds happening to be fluttering about on any one of its many quiet beaches, with the sun rising on the distant, liquid horizon.

Fine, I said. But how about enjoying a nice picnic on a beach with a full-frontal sunset, after a serene swim in the balmy, shimmering waters of the Mare Nostrum? Which of course would entail being on the opposite side of the Italian “boot”, on the Tyrrhenian coast.

My “sunset picnic tableau” did hit the bull’s eye and tip the scale in favour of the western coastline. Honestly, does anything outshine the evening light and atmosphere at the beach when, in the heart of summer, the day star slips between the sheets of its ocean bed?

Everyone around our table silently pondered my question for about a minute, and then conceded: “No, nothing”. Until Simonetta ventured to reopen the debate: “But we have Venice on the other side…”