The Collegalli Estate lies in the hills half way between Florence and Pisa, not far from the town of San Miniato, known for its white truffle and exciting the truffel market held each year in November and December.

The estate is approached by a beautiful country road. With each bend the modern world fades out a little more and then, all of a sudden, on the other side of a small valley, you see the villa, a rectangular, elegant building, set above a dramatic abyss.

Originally the site of a castle built by Count Ranieri in 1123, the estate has since passed through many hands and was given its current appearance more than a 100 years ago. Now owned by Franca Burgisser, who with the help of her three daughters, welcomes guests with a warm and friendly smile.

The Estate is well known locally for its pheasant farming and shoots, incredible extra virgin olive oil and its summer crops of wheat, maize and sunflowers. However, it is the building and its surroundings which bring guests back year after year.

The interior has been restored to its 19th century glory. But perhaps it is simply the atmosphere which holds the most promise at Collegalli Estate. This is a lovely example of a place where time has stood still – where life moves at a slower pace and where one can leave the cares of the world behind. What could be waiting for you? 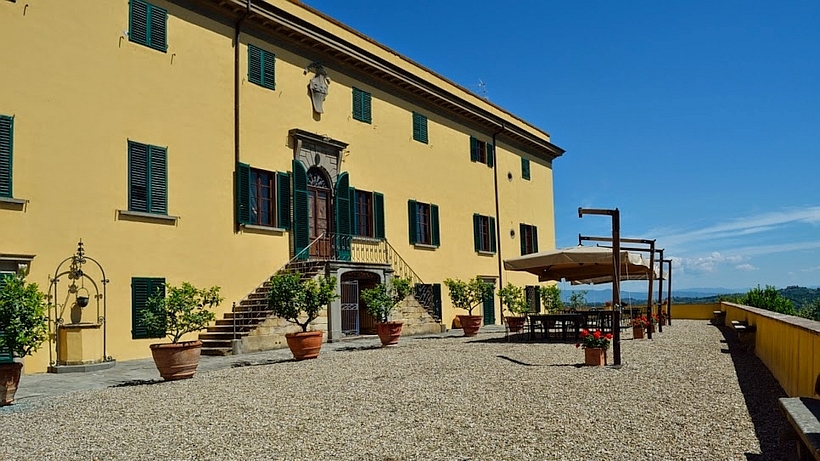 Collegalli lies half way between Florence and Pisa. The next village is Corazzano 5 kms away (15 min).