A Little History of the Veneto Villas

Art & Culture, Fun with kids, Life at the villa, Things to do, Venice 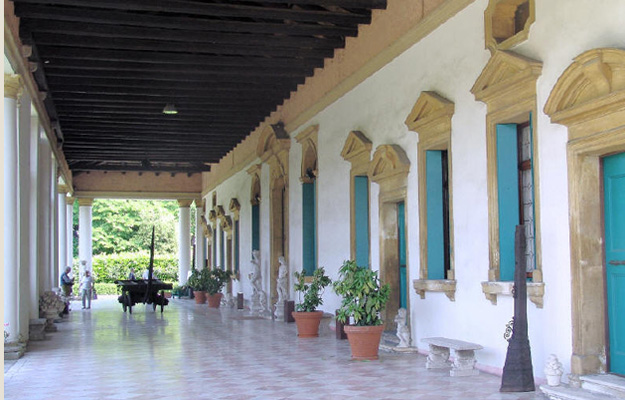 Villa… A word that calls to mind images and lifestyles which very few people would turn their back on.

Here is how the Oxford English Dictionary defines “villa”: A country mansion or residence, together with a farm, farm-buildings or other houses attached, built or occupied by a person of some position and wealth; in later and more general use, a residence in the country, or in the neighbourhood of a town, usually of some size and architectural elegance and standing in its own grounds.

The hinterland of Venice – the Veneto – is known for the many villas spread across its territory, most of them built between the 15th and 19th centuries. It once had as many as 3500 of them.

I asked myself several times while travelling across the Veneto: why and how were so many villas built precisely in this region of Italy? I finally decided to look into this subject…

On the 17th of April 1345, the Great Council of the Republic of Venice abrogated a law which until then had prohibited the citizens of Venice from owning properties on the mainland. Then, in 1407, Padua fell under Venetian rule and soon became the second capital of the Serenissima.

As a result of these changes, Venetian noblemen could now venture into farming and agriculture, enhance their incomes and build large country villas, many of them along the Brenta river (which is flowing between Venice and Padua). Famous architects and artists – such as Palladio, Frigimelica, Preti, Veronese and Tiepolo – were hired to create and adorn many of these sumptuous residences.

The setting for a new lifestyle was thus set: the villas in the hinterland of Venice became the summer retreats of the aristocratic elite. And to get there, noble families would leave St Mark’s Square in Venice on comfortable barges called burchielli, then sail up the Brenta canal all the way to their final destination. For most of the trip, due to the shallowness of the river, the boats had to be pulled by horses toiling along from the banks.

During these escapes to the hinterland, Venetian noblemen and their accompanying retinue of artists, actors and adventurers would spend days cruising up and down the river, going from one villa to another, from one feast or party to the other, indulging without restraint in the “mania of the villeggiatura”. It was a time of pleasure and immense freedom. Married women even had their personal cicisbeo, their professed gallant and lover, who attended them to church and at public entertainments, and who had “privileged access” to them.

But with the fall of the Republic in 1797 due to Napoleon’s conquest, Venice and its hinterland saw the end of this sweet cushy lifestyle.

You’d like to go back in time to these golden days? You can take a day-long tour on a boat down the Brenta river and call at some of the most beautiful Venetian villas: the Villa Gradenigo, the Barchessa Valmarana and the Villa Widmann, just to name a few. The trip starts in Padua, takes you through no less than nine swing bridges and five locks, and ends in the splendid St. Mark’s Square in Venice. You will find all the details about this tour right here: www.battellidelbrenta.it/info/individual-tours/en