Art & Culture, Things to do, Venice 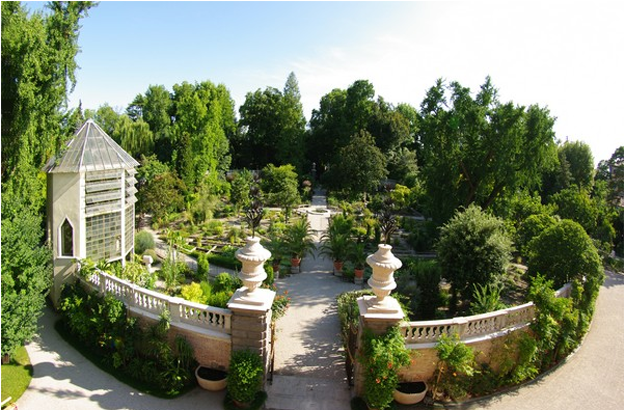 True, I may have a slight tendency to use superlatives when I write, talk or dream about Italy. Superlatives which, however, needless to say, are always well-founded and fully justified!

Here is another verifiable superlative which I’d like to expand upon today in this article: Italy is home to the greatest number of “World Heritage Sites” to date, with 47 sites inscribed on a list totalling 962 entries.

A World Heritage site is a place – such as a building, monument, city or natural environment – that is listed by the UNESCO as of unique cultural or physical significance. And as I have just said, Italy has forty-seven of them, and in the Venice area alone, seven!

Last October, I spent a week in Vicenza with my sister and brother. We had not been travelling together since our teen years – time flies! We stayed in the hip apartment just under the roof of the magnificent Villa Valmarana, situated in the Vicenza hills and housing frescoes of a rare beauty by Giambattista Tiepolo and his son, Giandomenico.

During that week, my siblings and I decided to include in our holiday programme a visit to the five Italian World Heritage sites which were the closest to our Villa Valmarana base:

Founded in 1545 in Padua, the Orto Botanico is the oldest botanical garden in history. Its original layout has been preserved: a round central part surrounded by a ring of water and symbolizing the world. Its original purpose has not changed either: it is still a centre for scientific research in disciplines such as botany, chemistry, medicine and pharmacy.

One of the reasons why the Orto Botanico has been listed as a World Heritage site by the UNESCO is that “it represents the birth of science, scientific exchanges and understanding of the relationship between nature and culture”.

After our visit to the garden – which we came out from enchanted, – my siblings and I stopped by this café on the central market square next to the amazing Palazzo della Ragione. There, sitting at the outdoor terrace, we took delight in the best paninis you can find with a glass of an excellent local white wine!

The next day, we drove to Aquileia, an ancient Roman town lying at the northern end of the Adriatic. In the 4th century A.D., Aquileia was one of the ten largest and wealthiest cities of the Roman Empire, before being conquered – and much diminished – by the Huns in the 5th century. Most of the ancient constructions still lie unexcavated beneath the present-day city, and that’s why Aquileia represents the greatest archaeological reserve of its kind in the world.

The Patriarchal Basilicaof Aquileia is one of the chief testimonies of the city’s past. Built in the 11th century and expanded in the 14th, it played a major role in the dissemination of Christian faith in the early Middle Ages.

The Basilica has an extraordinary floor made of a number of very old and enigmatic mosaics, full of references to esoteric cults. My sister, brother and I were particularly impressed by these.

Next week, I’ll take you to two or three more World Heritage sites in the Veneto area!