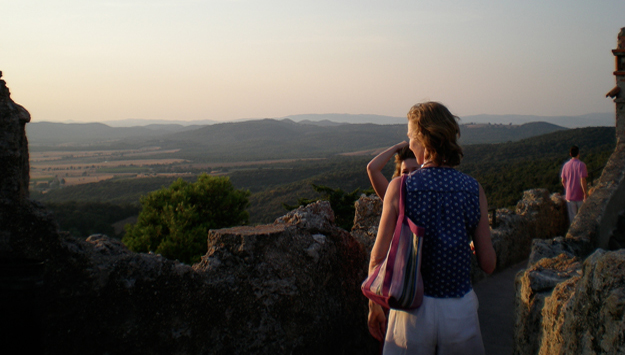 Each time he comes over to fix something, our plumber always says: “Heaven on earth is a pipe dream!” I’m not sure why he keeps repeating that – sometimes ten times in a row when he comes up against a stubborn leak or seal, – but I’m afraid he’s right.

A foretaste to heaven on earth does exist though. I’ve been there on many occasions, so I know what I’m talking about. The first time, I was a 18-year old au pair girl with an Anglo-Hungarian family who lived in Florence. These very good friends of my mothers had a second home in the heart of this dreamland, and they would take me along everytime they would escape there. A dreamland called the Maremma.

One of the most unspoiled regions of Italy, the Maremma runs serenely along the southern coastline of Tuscany, embracing the Tyrrhenian Sea with the caressing arms of foregone times. Sparsely populated and firmly attached to its peasant roots, it has remained a treasure chest of pristine beaches, bright green hillsides, olive groves and vineyards, strange fairytale animals, old medieval towns, and good, real good homemade food and wine. You get the picture?

What you’ll get for sure along the roads of the Maremma, is an intricate, compelling sense of space, beauty, peace and freedom. I pray that this will never change, at least not in my lifetime!

I will be writing a lot about this area, because there is a lot to write about. Trust & Travel also rents out several great houses in the Maremma. I will tell you more about them in future posts.

Speaking of posts, in the previous one we had a little quiz, and I promised that I would give you the answers today. The two questions were:  1- What are Italy’s three national colours?  2- How do you say these three colours in Italian?

So what’s your score?