Love and War in Tuscany (part 3) 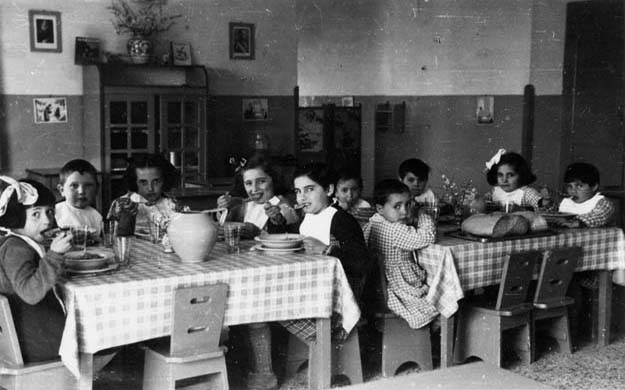 Here we are for the third and final episode of the Origo family epic. Historically, a dark and trying one for both the family and the country.

From June 1943 to June 1944, Italy kept vacillating over declaring its neutrality in the world conflict, or even siding with the Allies. This created a political vacuum in which civil war erupted.The printed portion of Iris Origo’s war diary covers this bleak period and records the family’s microcosm, caught in the crossfire of intermingled battles and combatants. The steep chestnut-clad slopes of Mount Amiata and thick overgrown woods of the Val d’Orcia were replete with soldiers and refugees of diverse nationalities and allegiances. The wildness and inhospitality of the terrain made it an excellent hiding place.

Showing a deeply humane disregard for political persuasion, the Origos and the surrounding peasant farmers welcomed the wounded and starving who came to them for help, and did whatever they could to alleviate their distress. The numbers of refugee children on the estate also swelled dramatically following the heavy bombings of Turin and Genoa.

After the war, and with characteristic stoicism, the Origos turned their hands to repairing the ravages wrought upon La Foce. Iris continued to write, often to critical acclaim, and came to be recognized as a cognizant scholar as well as a writer of fine, understated lyricism. Her books span no less than fifty years, and range from biographical essays and personal reflections to detailed historical accounts. The vivid chronicle War in Val d’Orcia (1947)  and the poignantly eloquent autobiography Images and Shadows (1970)  are two books I particularly recommend to you.

Benedetta and Donata are still living at La Foce, overseeing the large estate, including the exquisite – and now quite famous – formal garden, created by their mother Iris and the English architect Cecil Pinsent.

By the way, the Val d’Orcia – the beautiful setting of the story I have just told you, – is now a UNESCO World Heritage site (along with its five main towns of Pienza, Castiglion d’Orcia, Radicofani, San Quirico d’Orcia and Montalcino). One of the must-see regions of Italy, undoubtedly.