BIKING ALONG THE TYRRHENIAN SEA

Art & Culture, Categorie, Fun with kids, Things to do, Tuscany 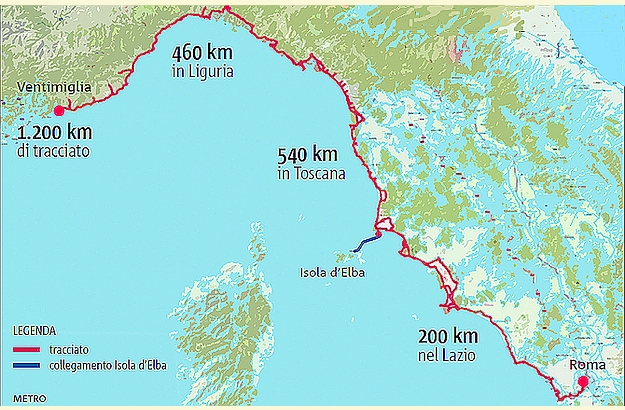 Some day – hopefully in a not too distant future – we’ll be able to cycle along the Mediterranean coast on a dedicated bike path that will stretch from the Eternal City all the way to the French-Italian border in Ventimiglia. According to an official project ratified in 2016 by the regions of Liguria, Lazio and Tuscany, the local cycling trails which already exist will be complemented with many new sections so as to form the uninterrupted 1200 km long Ciclovia Tirrenica!

In Grosseto, a special bridge has just been opened and several kilometers of pista ciclabile have been added to the map. Besides, the city’s train station is now connected to the beach of the Maremma Natural Park on Southern Tuscany’s seaboard. Until the Ciclovia Tirrenica gets completed, rest assured that I will seize every opportunity to pedal across the new bridge and the beautiful sunflower fields of the Maremma, under the friendly gaze of the grazing cows…