The new Mulinum mill and bakery in Buonconvento 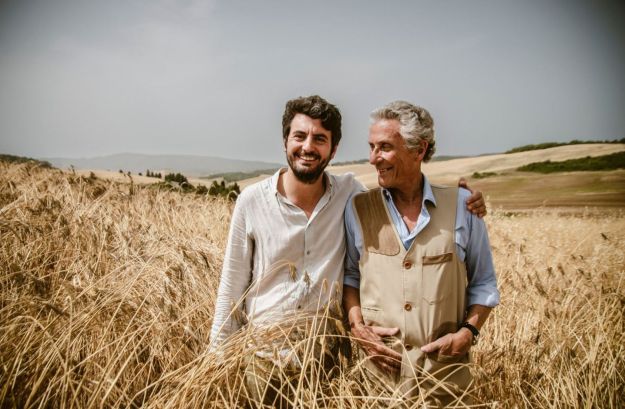 Tuscany’s unsalted bread is not for everybody – some love it, some don’t. A new mill and bakery south of Siena is making everybody happy. The Mulinum Buonconvento encourages farmers to organically grow ancient grain varieties. The flour is then ground and transformed by the local Mulinum.

You can order the Mulinum flour, bread, crackers, pasta and biscuits online or taste it in form of the locally produced bread or pizza at the mill near Buonconvento.  I tried a pane di segale (rye bread) this summer. It tastes great and keeps fresh for a long time.

Stefano Caccavari opened the first crowd-funded mill in 2017 in Calabria. Thanks to the support of the owners of Villa Tancredi – a historical estate we work with – the young entrepreneur was able to open a Mulinum mill in Tuscany. His ambition is to have one Mulinum in each of Italy’s 20 regions.

More information about this exciting project on mulinum.it. The section about the mill in Buonconvento will be online soon. In the meantime, you can find its current opening times and exact location on Google Maps.

Tags: castelrotto |
PREV
NEXT
PREV
NEXT
RENTALS CLOSE BY
MOST POPULAR POSTS
NEWSLETTER