Across the Big Blue Sea 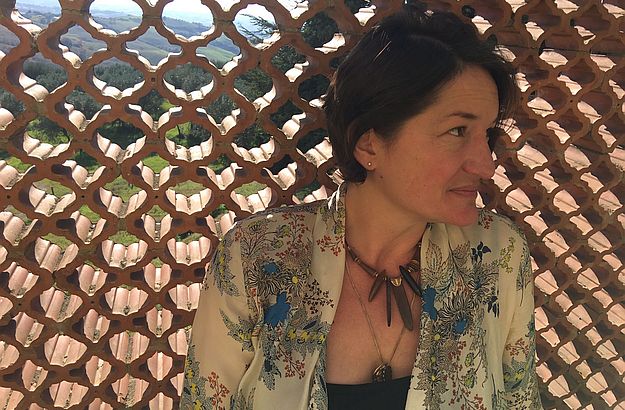 By now, dear followers, you are as convinced as I am that Italy is a dreamland, aren’t you? And I think I told you once that the bel paese is the country which boasts the highest number of World Heritage sites on the planet. But did you know that Dante’s homeland has also overtaken Greece as the principal port of entry of migrants trying to reach Europe?

All of us have heard about the enormous migrant and refugee crisis which the Old Continent has been confronting over the last few years. But Swiss-born Katja Meier, author of the recently published memoir Across the Big Blue Sea, has been at the very heart of this crisis since 2014; and the vivid, very personal account she gives in her book of her experience as head of a small refugee home in the Tuscan countryside is all at once riveting, informative and thought-provoking.

Endowed with multifarious skills and remarkable discernment, Katja Meier has been, over the last few years, a close friend of mine and a precious collaborator. Among other things, she has helped me with sourcing new information for my blog and efficiently managed our Trust&Travel Instagram account.

I am still filled with the characters, scenes, atmospheres and crucial issues which Katja cleverly tackles or depicts in her heartfelt and gripping memoir. If you are preparing your “to-read” list for the upcoming months, you ought to consider this finely penned book – which, by the way, bears this telling subtitle: “Good Intentions and Hard Lessons in an Italian Refugee Home”.

The story mainly revolves around the five Nigerian women rescued in the Mediterranean by the Italian coast guard on a hot July day, and whose fate, from then on, is more or less put in Katja’s hands. You’re probably familiar with Murphy’s law: whatever can go wrong will go wrong? Well, this law is perfectly illustrated in Katja’s book with a succession of cultural misunderstandings, organized prostitution and disorganized charities, disappearances, insuperable bureaucracy… How well does Katja play the game and extricate herself from all those mishaps and pitfalls? I’d rather not let the cat out of the bag here…

Instead, let me quote an excerpt of Katja’s book: “Contemplating the first swim of the season, with my feet in the cold water, I looked at the Mediterranean Sea and thought of Odysseus, and of all the people who keep risking passage on these treacherous waters. And how, in defiance of the gods, just like the Greek hero before them, they keep holding on for dear life – to rubber dinghies and battered fishing boats – in the hope of finding a better one on the other side.”

Here’s the link to the little gem: Across the Big Blue Sea. Hats off to you, Katja!

PREV
NEXT
PREV
NEXT
MOST POPULAR POSTS
NEWSLETTER